Signing at the French children's book fair, Montreuil with Hervé Tullet, Brian Selznick (of Hugo Cabret), Lorenzo Mattotti, and all... 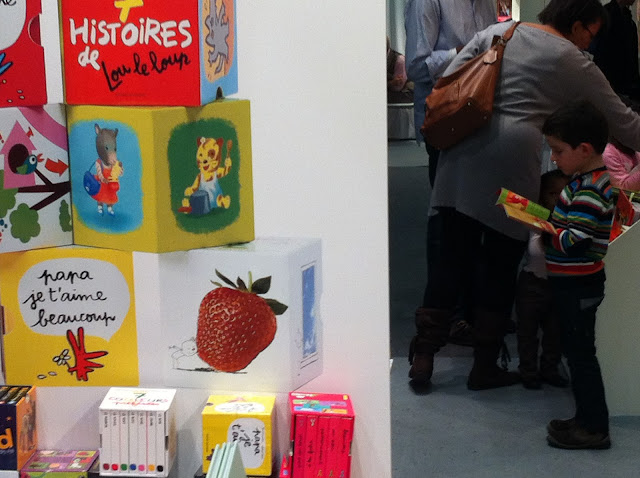 I caught this boy reading - totally absorbed - on the Sunday of the French national children's book fair in Montreuil near Paris.... 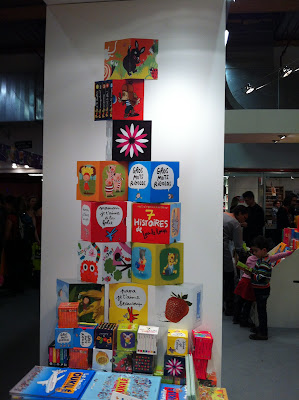 Then I looked left and up - and at the top of the pile of cubes was my bouncing black rabbit from my box of my Sept Comptines à Chanter! 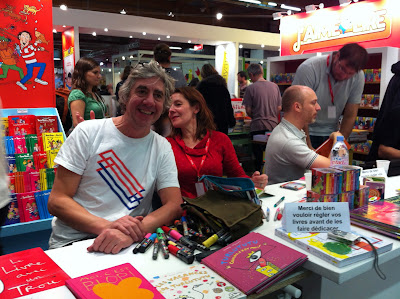 Here's me getting distracted by another child wandering past, while I was signing my Sept Comptines, the original French edition of The Big Book for Little Hands and other books I've illustrated at the Bayard stall. I was sandwiched between (to the right) Nicolas Hubesch, a brilliant comic book illustrator among other things, of Serge Bloch's Zouk series,  and to the left, the amazing, innovative artist Hervé Tullet, and author of Moi, c'est Blops. 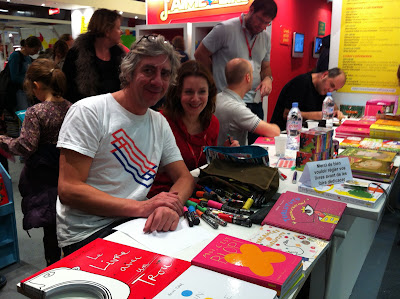 You can see Hervé Tullet's pink and orange Blops above and the blue spot from the cover of the minimalist Press Me! which is a huge success in the US, as well as in France (where it's simply called Un Livre.) 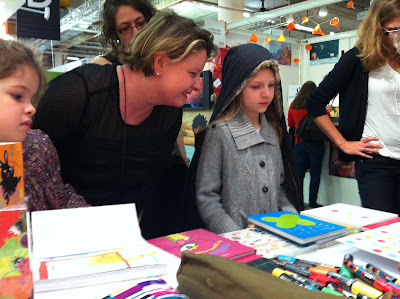 And there's a blue and green Blops in front of a girl watching Hervé draw.
Does anyone know of another book with a cover that comes in a choice of colours?
Or another book with a whole in the spine like Hervé's Book with a Hole?
And the best thing is that it's not just about the cover - his work changes the way you see and think, all the way through each book....and they are fun and always surprising. 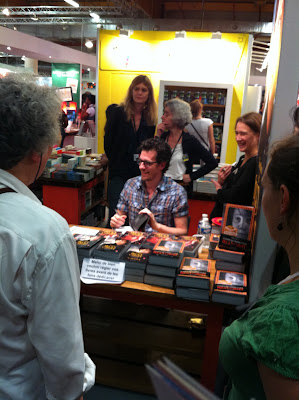 Brian Selznick was also signing at the Bayard stall on Sunday.  He seemed to be having a great time behind piles of the French translation of his book, The Invention of Hugo Cabret.
I love this book for the innovative way it  alternates with words, great swathes of pictures when words aren't needed.  You need to use your eyes to follow the story.  It's a perfect example of the power of visual story telling.  Martin Scorcese understands that alright, being a film maker.  I heard Selznick talk in Bologna about how film had always been a huge influence on him.   (Coincidentally, Shaun Tan said the same thing in Newcastle).   I can't wait to see Hugo, Scorcese's film adaptation just out in France and the UK. 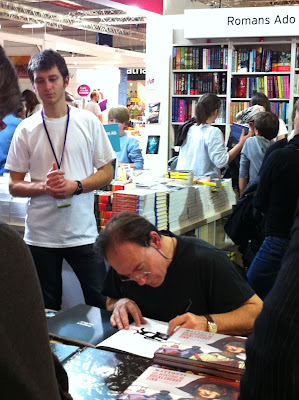 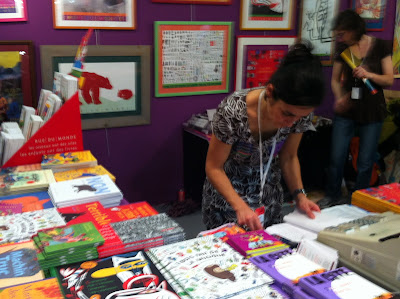 However for me, the best thing about the French children's book fair is the huge diversity of beautifully designed books and pictures and illustrators signing with creative colourful 'dedicaces'  on every publisher's stall.  Above Rue du Monde....below Editions Memo. 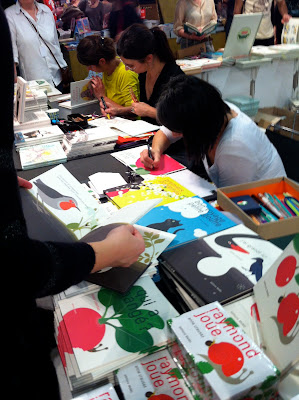 and above all a huge diversity of kids of all ages from tiny tots... 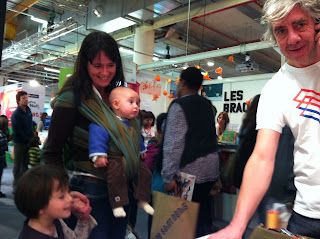 to toddlers, not to mention teens.... 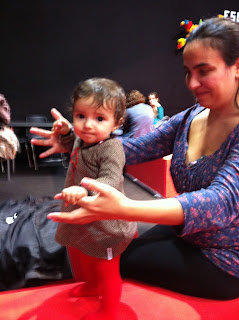 and their parents and teachers.
What better way to encourage kids to love books than to show all the love and attention put into the creation of books of all kinds at fairs such as this?
Posted by Bridget Marzo at 02:26 2 comments: