I have enthused more than once before after signing my books at the inspiring treasure trove of books that is the French national children's book fair (the Salon du Livre Jeunesse).  What a paradise for lovers of children's books, old and young!  Surely it is one of the reasons why French children's publishing thrives.
Is there an enterprising someone who could dig out a nice big exhibition space and rally British children's publishers here to create the equivalent - a national 'selling' fair for the UK children's book market? It would be such a big boost for the UK publishing industry, bookshops included.
French publishers at the Montreuil work with different independent bookshops who run the sales tills at each of their stands at the book fair.  The point is that unlike at the London Book Fair, publishers could actually sell books (and apps and a few related products) directly to parents and children of all ages (babies too!) school groups (in France they come in their droves to visit the fair, sometimes with special book tokens to spend) as well as teachers, librarians, book lovers and art students, not to mention us authors and illustrators. 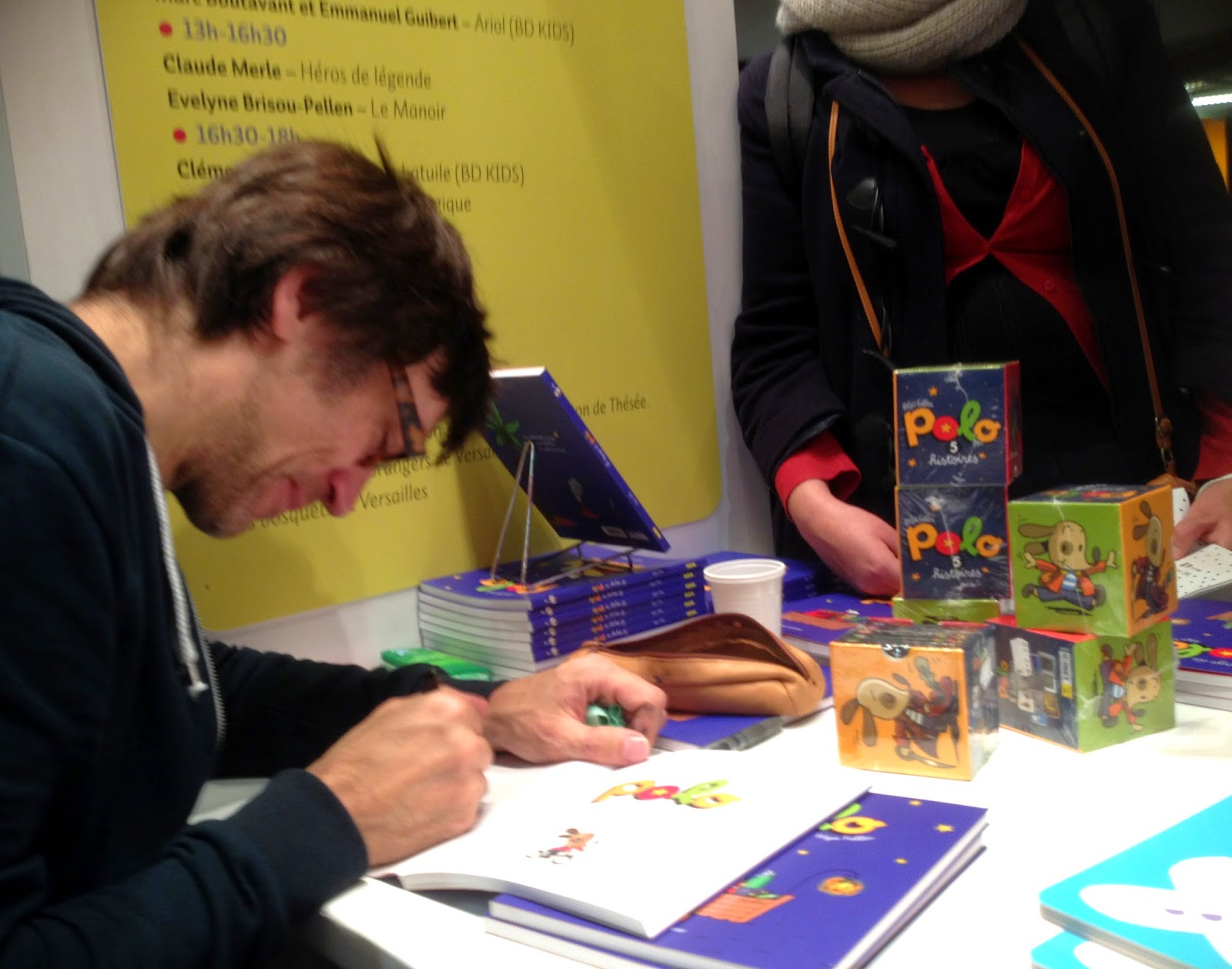 Regis Faller, the creator of Polo,  was signing just to my left.  Polo is the adventurous dog whose exploits feature in brilliant wordless comic books for pre-readers.  Polo is a big success in France and also won a prize in the US.  I told Regis that I was lucky enough to witness our Bayard editor Isabelle Bézard presenting it at our SCBWI Bologna conference some years back and as a result the great editor Neal Porter, of Roaring Brook bought the US rights for Polo. 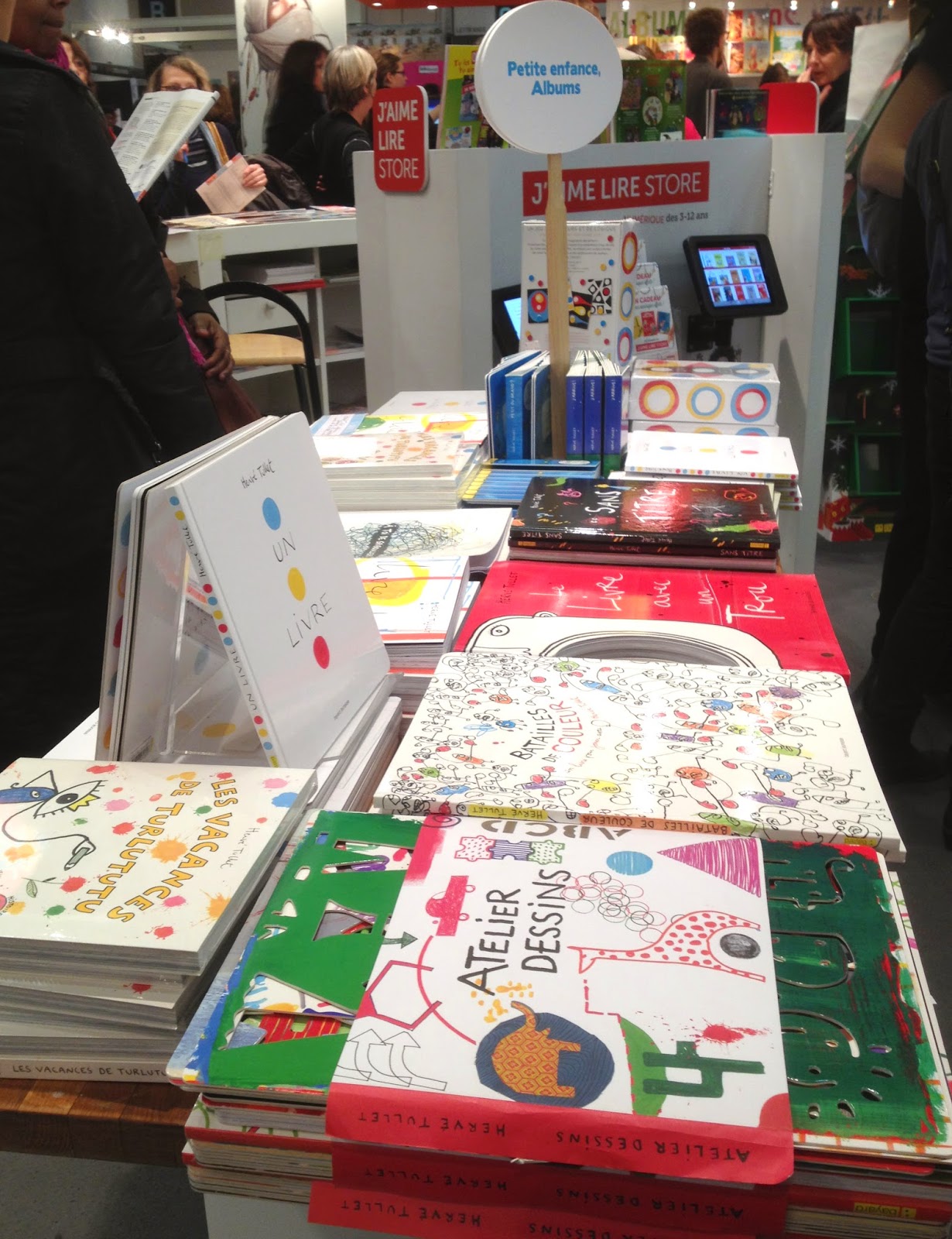 At the 2011 Bayard stand at the fair, I signed my books alongside a very popular friend,  Hervé Tullet. Some of his books were on a table behind me.  Bayard sold coeditions to Tate UK/ Abrams US of my books and Herve's.  It was great to watch Hervé perform and interact with kids and adults of all ages at the Tate when I first moved back to London.  He is amazing - and he continues to create stunningly innovative books which are causing a stir in the US too.   Bayard published one of his first big doodle books in the same format as my Petites Mains Dessinent (The Big Book for Little Hands) which - hooray.... 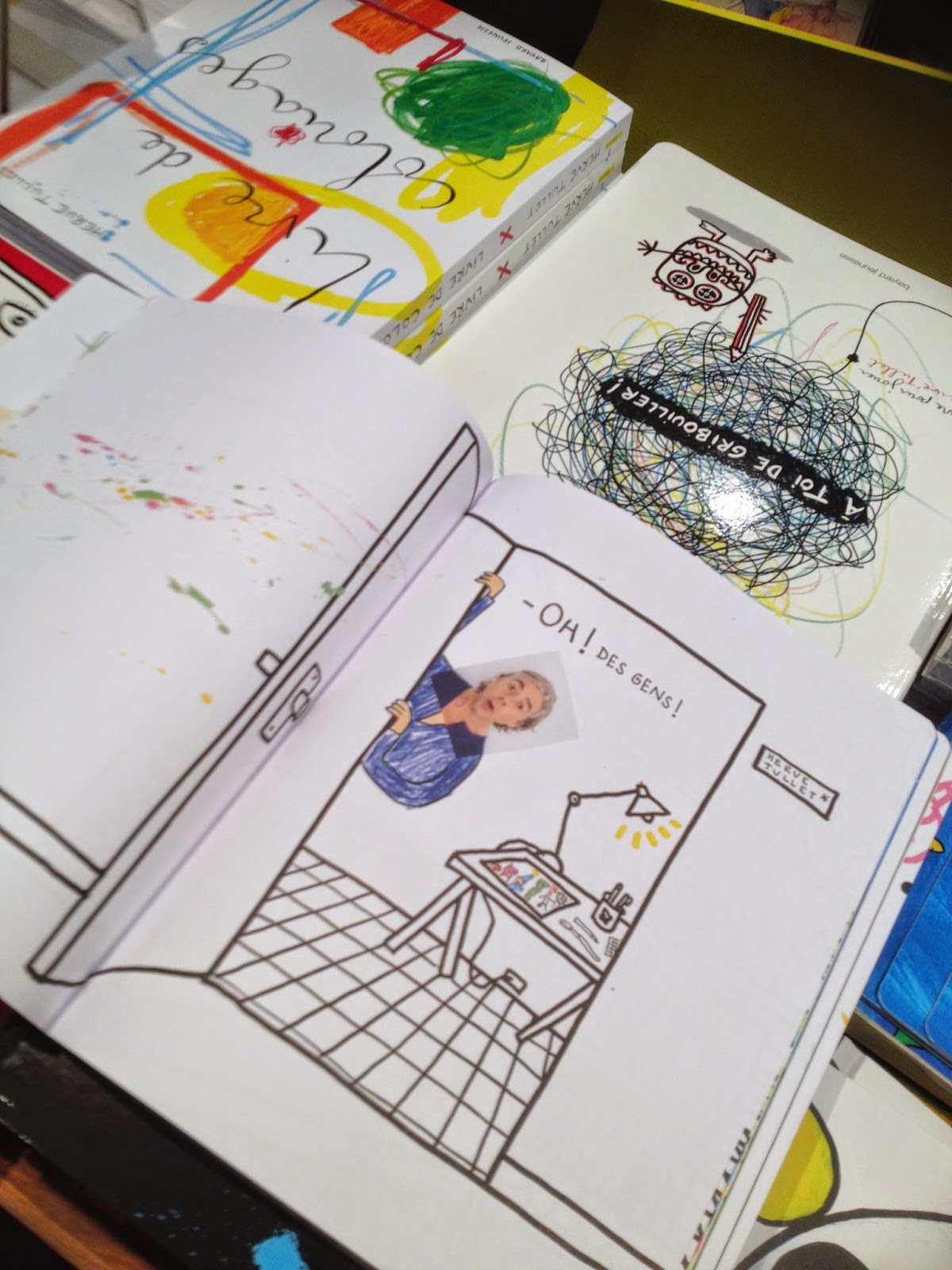 Oh - here is Hervé - in one of his books!
Pity this is the only caught glimpse I caught of him at the fair.

The day after I signed at Montreuil I had fun at my first fully fledged Bridget's Book
workshop at Anglofun.
But more about that next post!