Mini Racer on track: near the Museum of Childhood & down the road from the Olympics 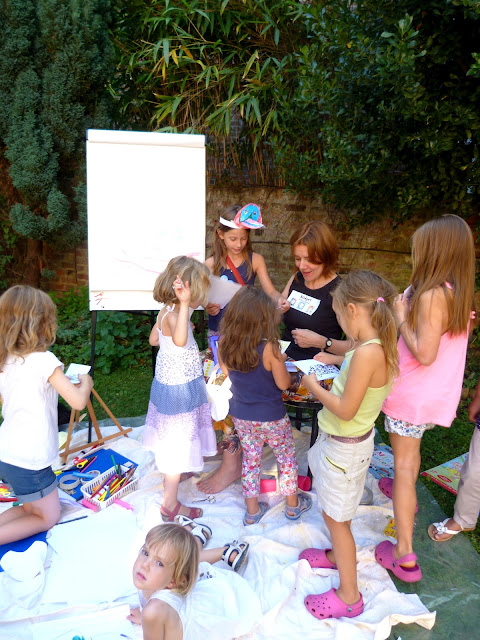 The sun shone on my first ever children's workshop in London - in the Gallery Cafe Garden, near the Museum of Childhood yesterday. 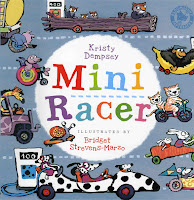 As ever, the kids proved to be great readers of pictures.  They spotted all the red and green flags - and plenty of other details I had almost forgotten myself, as I read Kristy Dempsey's words.
As time was short, I'd prepared a quick activity - a choice of vehicles I  printed onto card, for them to colour, fold in two, & stand upright on the track.


One boy and one girl chose Motodog.

One chose the speedy Carrot Car. 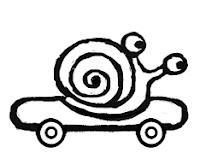 
We made a track with left and right turns
with this tape. 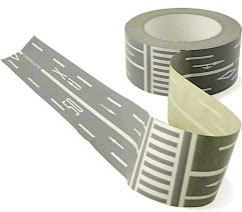 We cheered the Mini Racers on, one day before David Weir won the Paralympics marathon gold medal down the road.

Today I whizzed down the Strand on my bike to catch the tail end of the closing Olympic parade, dodging the crowds through central London.
The bus with the Olympic medalists was WAY too far ahead.
Oh well.  Doesn't matter where you are on the track.
There's always something to appreciate... 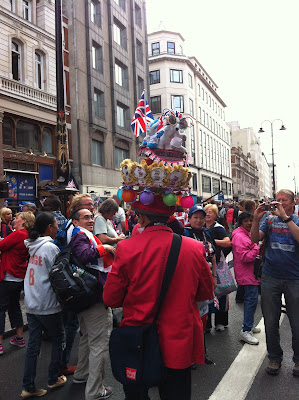 What a fun-looking workshop! Looks like the children learned a lot and everyone had a good time.

Thanks Adrian and Caryn!
Time now to update the Mini Racer page on my site!
It needed a real clean up and I'm also adding stuff for kids to download and play with.

It was great meeting Patricia, Anna Mussi and the other authors... And of course it was great seeing you again! -Paloma Wooden :)

Great you could come Paloma - and your sister and lovely to catch up with your parents too!